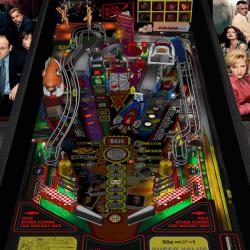 Based on the Stern table from 2005, The Sopranos.

Thanks to:
- bodydump for the playfiend and plastics
- deadrock for the real table pictures and video
- oldskoolgamer for play testing
- grizz for the flasher templates

The table is meant to be played with the newer/beta version of VP915, even if it is not officially released, it plays very well. The table could be played with VP914, since it doesn't contain many alpha ramps or primitives. But since I made the table using a newer version, so it requires VP915 rev 434 or higher. Trying to load the table with an older VP will just give you an error about a corrupted file.

I got a new monitor

So now my tables are set to be played with a wide monitor (16:9). So if you have a 4:3 monitor or a 16:9 monitor you should change the XScale to it doesn't look distorted. To calculate the right width, this is the value of the XScale, use these formulas:

This way the ball and the table won't look distorted, too wide or too thin.

How do I figure out which is right?

Is there anywhere I can get hold of VP915, albeit in Beta

Using Revision 482 and VBS 3.41. Unfortunately the table loads suuuuper slowly. Never had a table do that. I'll chalk it up to beta plus my not-so-fast system. The playfield graphics look amazing though when it finally loads up and I'm forced to exit. lol Thanks for all the hard work. Can't wait until I can play this one.

I've been eagerly waiting for this table. Thank you for all your hard work JP. You are much appreciated. Quality work as always.

I'm getting a file is corrupt message.  Anyone else?

I keep getting an error message for a wrong script line mentioning an undefined variable (BSize) - anyone else had that issue? how can it be worked around?

Im having troubles running the 1.1 version of the table.

It starts loading up, but then says that there is a problem, opens the script and highlights line 60 which is

" Controller. Run GetPlayerHWnd". Any idea on how to fix this problem?