tipoto
View other files from this member 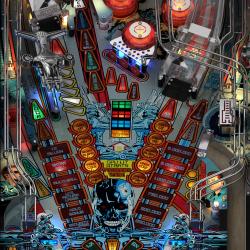 Thanks to:
- UncleReamus and Noah Fentz for giving me permission to use their version to build mine.
- Light66 for giving me permission to use some of his textures originally done for the FP version.
- BFG_Brutal and Gear323 for their precious help, they tested the table during months and their comments, advises and feedback have been extremely helpful.

Nov 22 2011 03:49 PM
Awesome table! I own the real pin and this is a fantastic emulation - there's features of the virtual table I think are better than the real one!

Nov 23 2011 03:21 AM
this table looks better than the future pinball version! (and obviously plays much better)

I have a slight graphics issue with this table however, i see a bunch of verticle lines distorted throughout my playfield. Tables still playable, but is there a way to remedy this? I have a pretty beefy video card.

The PROS definately outweigh the cons, but it cannot go into my cabinet without one of the main features working

This is going to be a VERY sweet table.

Does anyone else have the canon error?