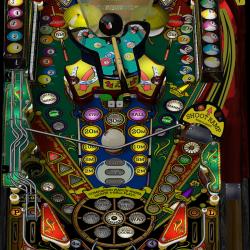 Based on the table by Gottlieb/Premier from 1992.

This is the FS version of the table.

Thanks to cupid for his help on finding a bug, which turned out me my fault by making the glass height too low

This table now uses a new PNG ball with alpha transparency. Let's see how it works in different systems.

1.21 Update 9 April 2011
- fixed black ball falling off the platform
- Fixed ball dissapearing after the ramp lock
- Fixed the bumpers going dead after extra ball
- Made thicker the wall which keeps the white ball in place.
- removed the 2 extra slingshots, since they are leaf switches

22-April-2011: just a small change in the script to use the StartGameKey name instead on the keycode 2, so the game can be started with a keypad or similar. No change in the version number. 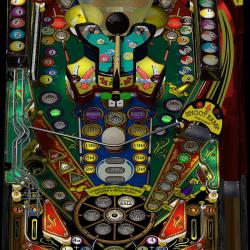 Thank you just does not seem like enough!
But
THANK YOU JP!