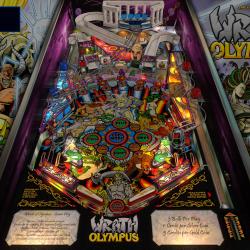 This is not the Riot pinball machine, it is a rebuild in VPX of the VP9 prototype table I built in 2012, but with some changes in the layout, rules and graphics. Still the main layout, graphics, music and sounds are the ones T-800 (Scott Gullicks) made for the VP9 prototype. I have borrowed some ideas from the final machine, but still has the bumpers, the magnet, the Pandora's box from the prototype.

You can say this is my own vision of the table, 10 years after. Although some parts are inspired on the final Riot machine, like the Ares helmet (scoop).

The manual is mostly what Scott wrote for the prototype. I simply added or changed the parts I have changed for the VPX version.
So read the included manual to get an idea of the game rules and the changes from the VP9 version. 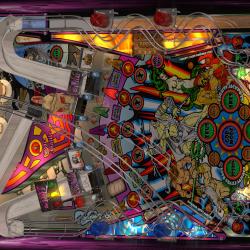 Thank you so much for this and your many other tables. They really make my cab better and better. So well done and so much fun to play. Thanks for sharing with the rest of us !!! 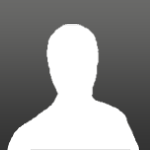 To get the DMD to show up i had to change to the following:

Table looks amazing! Thanks for this JP!

Thanks @jpsalas you are a genius when it comes to VPX. Awesome table.

JP does it again. Mighty fine playing table, backglass art is superb, JP. Playfield artwork is a homerun as well!!! The lightning effects on the playfield are so great..man oh man. You really kick ass, JP!!! Thanks for this one, straight to my favorites list. Much appreciated and muchas gracias.

The classic returns to be reborn. Great stuff JP.

Wow, this is a surprise!  Thanks very much for this old classic JP! A real blast from the past and looking better then ever. This was one of the few VP9.1 tables still in my cab that use the old B2S.exe (along with Honey, Knockout, Nova, and See Saw).  I was always hoping VPX/DirectB2S versions of these tables would be released, but not really expecting it.  That's one down!