roccodimarco
View other files from this member 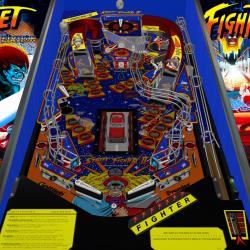 Premier/Gottlieb Street Fighter 2. I know it's not a very well liked table, but I love Street Fighter 2! However; the only vpx version was JP's. By no means am I saying his is bad, actually it's the opposite! His version plays so great, but it bothered me that it didn't look like the original table. So, with my very limited skills, I did my best to convert it to the original version, while leaving some of JP's resources as well.

I took some older resources from the vp9 table to achieve the outcome.  Obviously it's not as good as a pro build, and I wasn't able to figure out how to get Chun Li up top, and I did some MAJOR shortcuts to achieve what I wanted (The fighter lights, guile wall, spinning piledriver sign, the backboard lights and some other things)  but overall I like it. I could not get Gottlieb on the flippers (many failed attempts).

I hope you guys enjoy it because the table is a lot of fun and I'm secretively hoping someone makes this a lot better than what I did.  Also, things tend to get a little wonky during the torpedo round.  It will work, but the balls sometimes don't kick out for a bit.  Thanks to JP for making this table and giving me permission to upload this version, and to the original creators of the vp9 version. 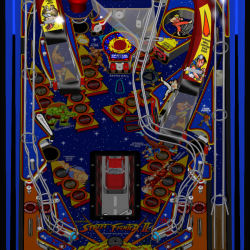 thanks for the work

Thx for the table. I have a problem when I launch ball - it loses all of it's power when it hits the right hand top of the chute - and then never rolls past the top centre to enter the play field. All my other tables are fine - is there a setting I need to change?? Cheers...

Link is still down?

Link is still down?

One of my faves. too bad there are no roms anywhere.