ICPjuggla
View other files from this member 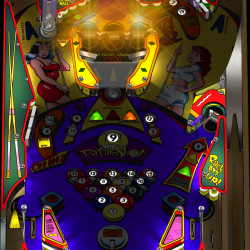 Special thanks to Noah Fentz and UncleReamus for the original table which this mod was created from: Breakshot VP9 UR/NF 1.2 1.2.0

This is a Mod of Noah Fentz & UncleReamus v1.2 desktop table.

That is one gorgeous table! looks awesome, plays really nice absolutely wonderful job guys. I need a gate for the center drain, but I think that's just my bad playing.  LOL!

You guys do fine work, Thanks you thank you, now back to playing......

Thanks guys for the perfect conversion and Noah & UR for the wonderful original creation!

Jul 26 2013 05:21 PM
Really awesome work on this table! This one is super fun and plays so realistically- Also one of the better looking vp tables imo. Thanks so much to everyone involved

This is really nice. Plays great and looks superb. I love the trick shot mechanic in the middle, which leads to multiball. Fantastic job everyone !

We are getting so spoiled for tables these days ! Just how good is it!

Thank you very much

Thank you, for this excellent work! This table makes a lot of fun! Awesome, and the Graphic is very good!

Great Table! Thanks to all involved for your work.