Aaron James
View other files from this member 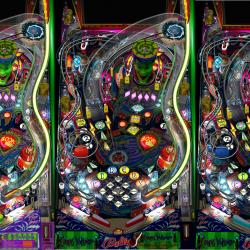 Thank you to JP Salas and Rosve for giving myself, Teppotee, and Koadic the permission to update this table.
This is the "Platinum Version" of Cirqus Voltaire.
The night mod has been deleted because, in my opinion, this is much more than just a night mod.
You can now toggle between the original version, night mod, and day/night w/ BMPR Lite....with all the recent table updates!
(4 tables in 1 all easily displayed in the F6 Menu, among many more options)
All script issues should be fixed, with no more errors (F6 Menu)

*Special thanks to Koadic, Teppotee, and Dozer316 (version 1.6)
You guys have made this table so much more than I could have ever imagined.
** Thanks to jimmyfingers for his bmpr script!

I must say I finally got some time to play this table tonight and I must say I love it.. Great Job!!!

Jul 19 2013 03:33 AM
-2.1
I changed the elasticity of the playfield rubbers and made them just a tad bit LESS bouncy per feedback from the community.

i love this table!!!

thx, i love the night mode

if I change false to true (for launching backglass) I get the following error :

and after clicking that error away :

I use the UVP of Cirqus Voltaire....till someone know the solution for this