Mustang1961
View other files from this member 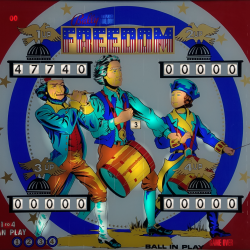 This is the EM version of Freedom. There are some minor differences in gameplay (one being the center star target scores 40 points and moves the pointer 4 steps)

using Allknowing2012's SS table, WRD1972 did some physics tweaks and then I scripted it using my code templates.
New B2S EM backglass image provided by WRD1972

My view on Freedom:
I played the game 2015 the last time at an exhibition in Wolfsburg, Germany. All games shown were property of the Pacific Pinball Museum. They had both version on the show, EM and SS in transparent housings. I'll never forget that.

Today I offer "our" (Leeoneil improved the graphics and the DOF code) version 1.0b:

- all lights are adjusted in color temperature and brightness
- delayed new ball release, now the bonus counts to its end before the reel illumination changes
- improved ball and ball position in the plunger lane (different plunger sound with or without ball)
- many new (nearly all) sounds e.g. gates, stand up targets, drop targets, kicker holes ....
- new game physics - cab optimized
- new POV for cab users
- rolling ball sound level switched on and adjusted -> Leeoneil with support of Thalamus (thank you!)
- slight corrections on all lights to realize the "bulb" effects at indicator lights
- slight flipper fingers geometry corrections
- switch levers at spinners added, the black misplaced one at left spinner removed
- the plastics illumination stays always on (the original behavior of all Bally EMs)
- the screws are now on the bumper caps in the right positions
- the kicker holes arms reject now much faster, I added a second time for this sequence


All this in kind tribute to Jeff Whitehead. 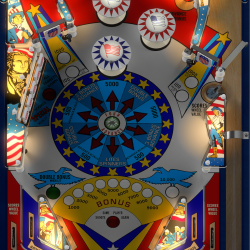 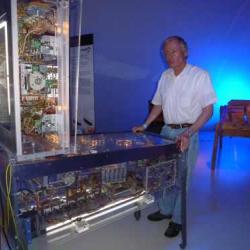 Mighty cool that transparent version of the Freedom table that you played and got inspiration from.

I have seen quite a few Freedoms for sale last year here in Australia so they must be common. At the moment the EM market seems to have dried up as almost nothing for sale. I think there is some serious collecting going on by just a few.

Thanks for this table, I will play it as it looks like a very decent configuration and it looks great.

awesome love it thanks so much for the update :-)

so, i was very busy in the Past, until now, just need a Time, to grab all your Updates ... i think worth every Byte, thanks Man