flupper1
View other files from this member 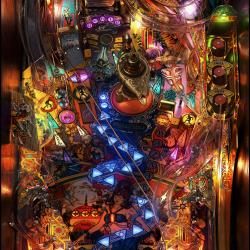 Full rebuild of Totan in Blender, all prerendered for 4K resolution. Thanks to:
Original build by JPSalas in 2015
High res playfield and plastics - Clark Kent
Beta Testing and Table Reference - Randr
DOF - Arngrim
Special thanks:
Knorr, for sounds from his soundpack
nFozzy, for physics techniques
G5K, for rendering advice

For best performance use these settings:
- use 10.7.3 or higher
- no brute-force 4x SSAA (is not necessary), but quality SMAA
- exclusive full screen with 1 for FPS limiter and 1 for maximum prerendered frames
- Ambient occlusion, ball trails, screen space reflections all off
Other remarks:
- magnasave buttons changes the LUT, see script options
- it is advised to keep the POV settings as they are in the download for the full screen mode; all textures have been prerendered for this POV
- day/night slider does not do much (only on lamp and playfield), use LUT to change contrast/brightness 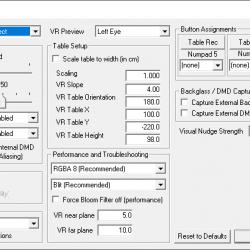 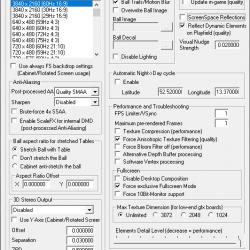 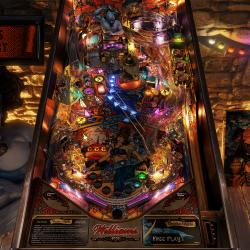 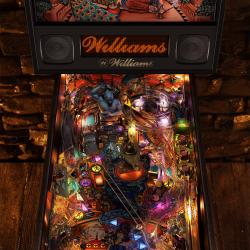 VPX vs. Reality. Is there a difference?

Thanks for the great work!

Another joyful day! Thank you very much to everyone involved to write the history of visual pinball to another highlight!

Thanks JPSalas, Clark Kent, Randr, Arngrim, Knorr, nFozzy, G5K, Rothbauerw, Flupper, VP Devs, and anyone else who may have had an unseen helping hand in this masterpiece!!

I have always loved this tables sounds and gameplay, but have never played a real table version!!

This has to qualify as real as it can get, without being in physical form!!

Great job!!! Preserved for all time!!!

Your work is appreciated!!!

Oh my dirty little God!
You owe me a new keyboard!

Do I need a 4K monitor to run it

Do I need a 4K monitor to run it

Yes, you do, definitely. But it should also run on any other screen.

I forgave 5 stars without a test. After Whitewater I know what to expect.