batch
View other files from this member 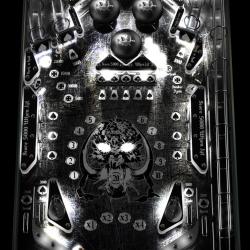 1.2: Removed mp3 files from the upload

If you want to listen to music when playing this table, you have to import your own mp3 files into the VPinball / Music folder

1.1: No changes, all the files (Table, B2S backglasses, Music, Wheel) are now in the same download

1.0: I wanted to do an original table, trying to use all I had learned since the beginning of VPX,

but I realized I knew not much, and I sure wouldn't have been able to finish it without VPForums community's help

So, at first, thanks to 32assassin for his permission to use his table "Blackout" as a starting point, and his help for the script when I started to work on this table

Flupper1 for his flashers template and his help, he raised this table standards to a much higher level !
Here is what he did:
- Flasher domes with prerendered additional flashing effect on the playfield
- flashers in the shooter lane with a dimmed looping light effect when the ball is waiting in the shooterlane
- script option to change the color of all flashers and GI lights
- shadow layer on the playfield
- FS Settings

Thalamus for his help, advice, and his 7.1 sound

And thanks also to many others like Kiwi, Fuzzel... for their availability and help (sure I forgot some of you !)

And, of course, enormous thanks to VPX and VPinMAME developers !

If you want to change the color of all flashers and GI lights, it's from line 5 to line 9 in the script (just uncomment the line with the color you like, but you can also add your own ones)

For Desktop users, the default backdrop is GREEN, but in "Table / Image Manager" you'll find a BLACK & WHITE, a BLUE, and a RED ones


As I used table Blackout (Williams) to make this one, you need to use the ROM "blkou_l1"

You can find the rules with the table file, and also in Table / Table Info


Why a Motörhead table ? Because it's the best rock 'n' roll band in the world !

All the 30 songs you will listen to while playing this table, except "Motörhead", are from the three albums "Overkill", "Bomber" and "Ace of Spades",

Extract mp3 files from "Motorhead_Music" to your VPinball / Music folder

Hope Motörhead and Rock 'N' Roll fans will like this table, and perhaps those who didn't know this band and don't listen to this kind of music too !

Lemmy said, "We are Motörhead and we play Rock 'N' Roll" 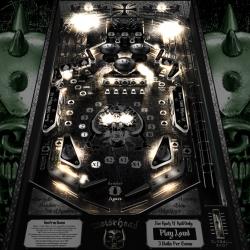 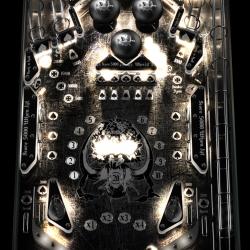 Can't wait to try this one out, looks very well made and very polished.  A fitting tribute to a great Rock n Roll legend RIP Lemmy K.

Holy moly man, it looks and sounds awesome. I love the style with black and white and the chrome

. Thanks for this table!

I'm sure Lemmy would have loved this.

He was a great Gambler (he played a lot of slot machines) but i'm not shure if he played pinball also.

Damn I just got to work and it's Monday morning. I need to wait all day to try this one. Can't wait I love Motorhead! Thank you!

Can't wait to check this one out! Anyone planning on putting together a sweet backglass for this one?

Your work is appreciated!!

Xenonph, thanks again for your help

This is a beautiful table, very, very well done mate.

Here is the link to the B2S files