fuzzel
View other files from this member 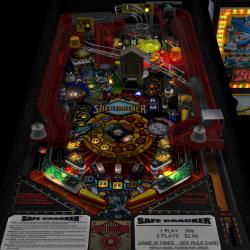 Here is Bally's SafeCracker from 1996.

There seems to be a problem with the upper ABC lane triggers in this game. Sometimes they don't trigger as expected so we think it might be an emulation (VPM) issue.
You can win multiple magic tokens in a game. But instead of pushing an extra button to start the 'Assault Mode' every new game will automatically start the special mode until you run out of tokens.

This is a unique table and I'm very grateful to you guys for making this for us. Looking at the pre-release video I'm sure this is going to give me hours on hours of fun !

Big thanks to all. It's the first time i heard about this table here in france. Wonderfull and fun!

I luv this table thanks a many

Wow - what a great table! A Big thanks to everyone involved.

Please post your errors in the support topic along with your current version of VPX.

I have just one problem.

when i hit the left flipper, its coins up the magic token, on vp9 i solved the problem, but on vpx I cant find where i can change it in the script.

I use a German rom for my safecracker.

I have error in load variable not defined...helm pe ty